With summer a scant three weeks away, I'm getting ready to spruce up the front porch. Because the porch is badly cracked we need to have the surface cement replaced and pick a new fence. Until we get both those jobs done, I'll sweep, clean the flower pots, tend the plants, clean the cat shelters and pick new places to put the food and water dishes.

The plates of food and bowls of water are kept under the front door awning during winter protecting them from rain and snow. Our block's usually very noisy during spring and summer necessitating a move of provisions to more secluded locations so the cats feel comfortable.

I've already moved my English ivy to another container and trimmed back the two wild rose bushes I grew from cuttings taken two summers ago. To my great delight, one of those bushes budded this year, producing beautiful white roses.

My Jersey cousin is a master gardener. Last Thanksgiving she examined a cutting I brought and confirmed it was, as I suspected, a wild rose bush and recommended adding banana peels to the soil to promote flowering. I had added coffee grinds to both plants but put banana peels in only one pot; that's the one that bloomed.

Actually it's a rambling rose which I think is great - I always loved that Nat Cole song Ramblin' Rose. Neither of them are rambling, I've kept them trimmed neatly because of their location against the fence facing the sidewalk.  However, the original plant I took the cuttings from is in my backyard. I've let that one grow wild adding just coffee grinds to the soil and after six years of putting out unbelievable growth it finally bloomed this year.

Anyway, here are some pictures of my wild white roses. 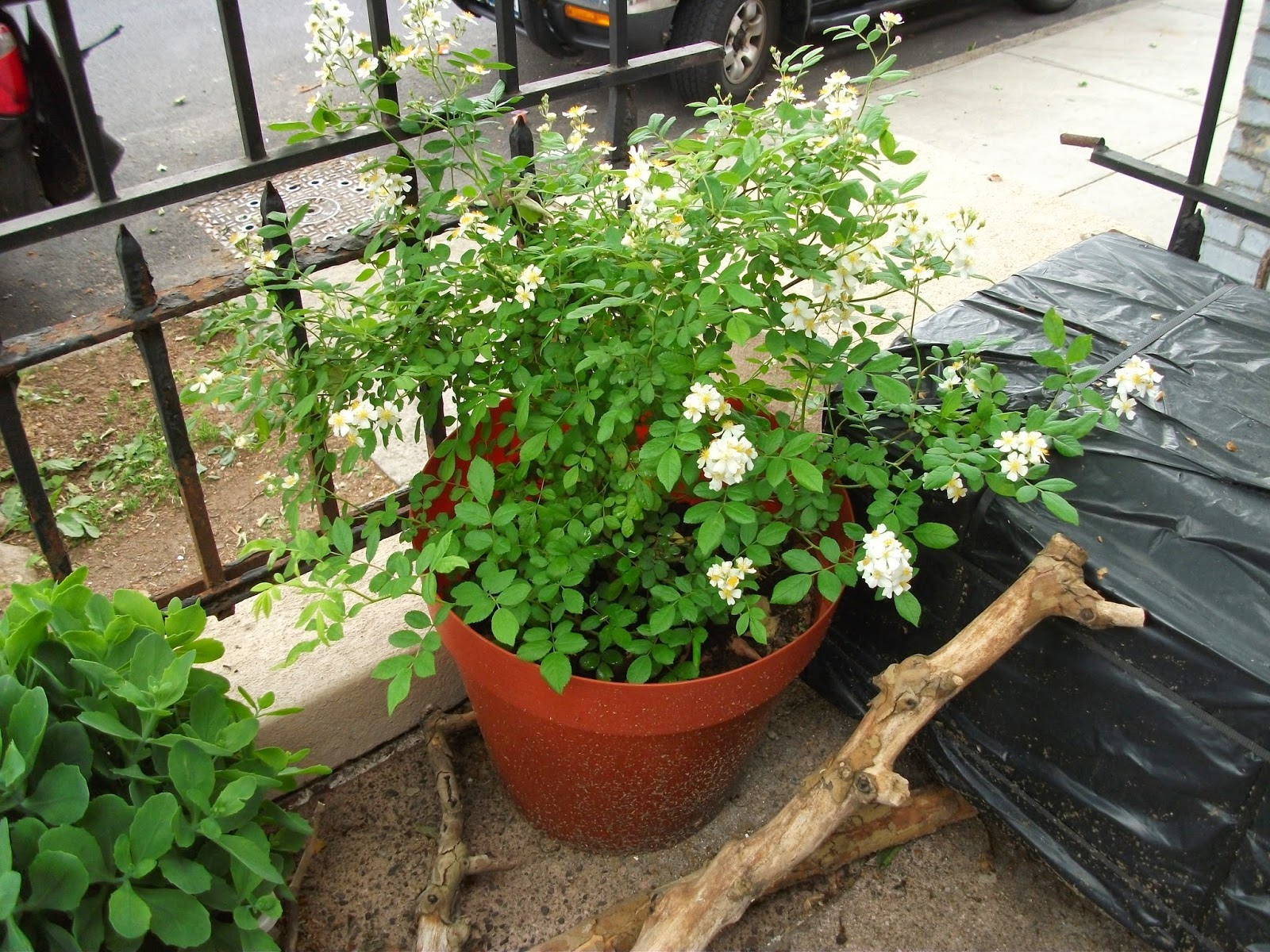 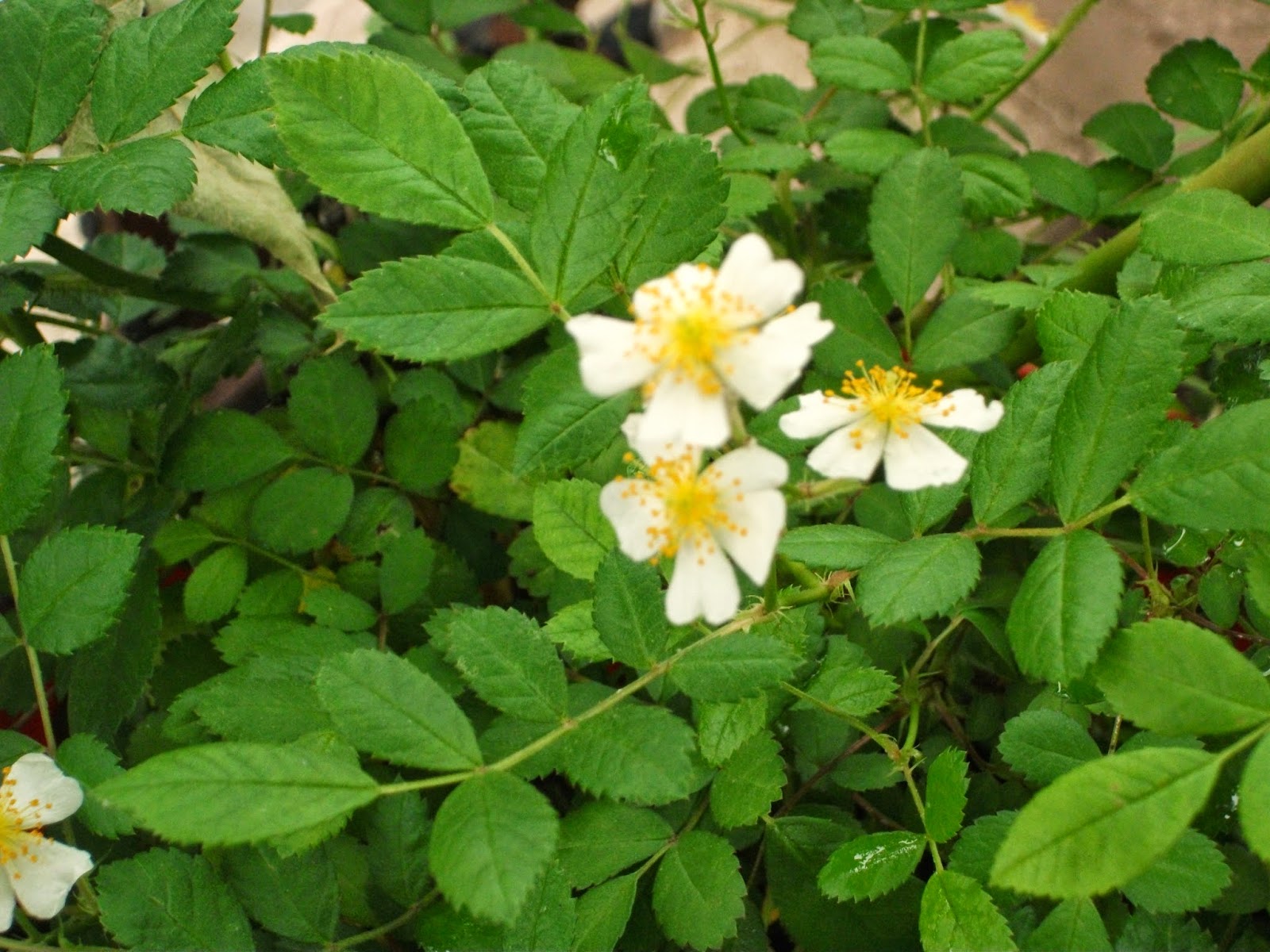 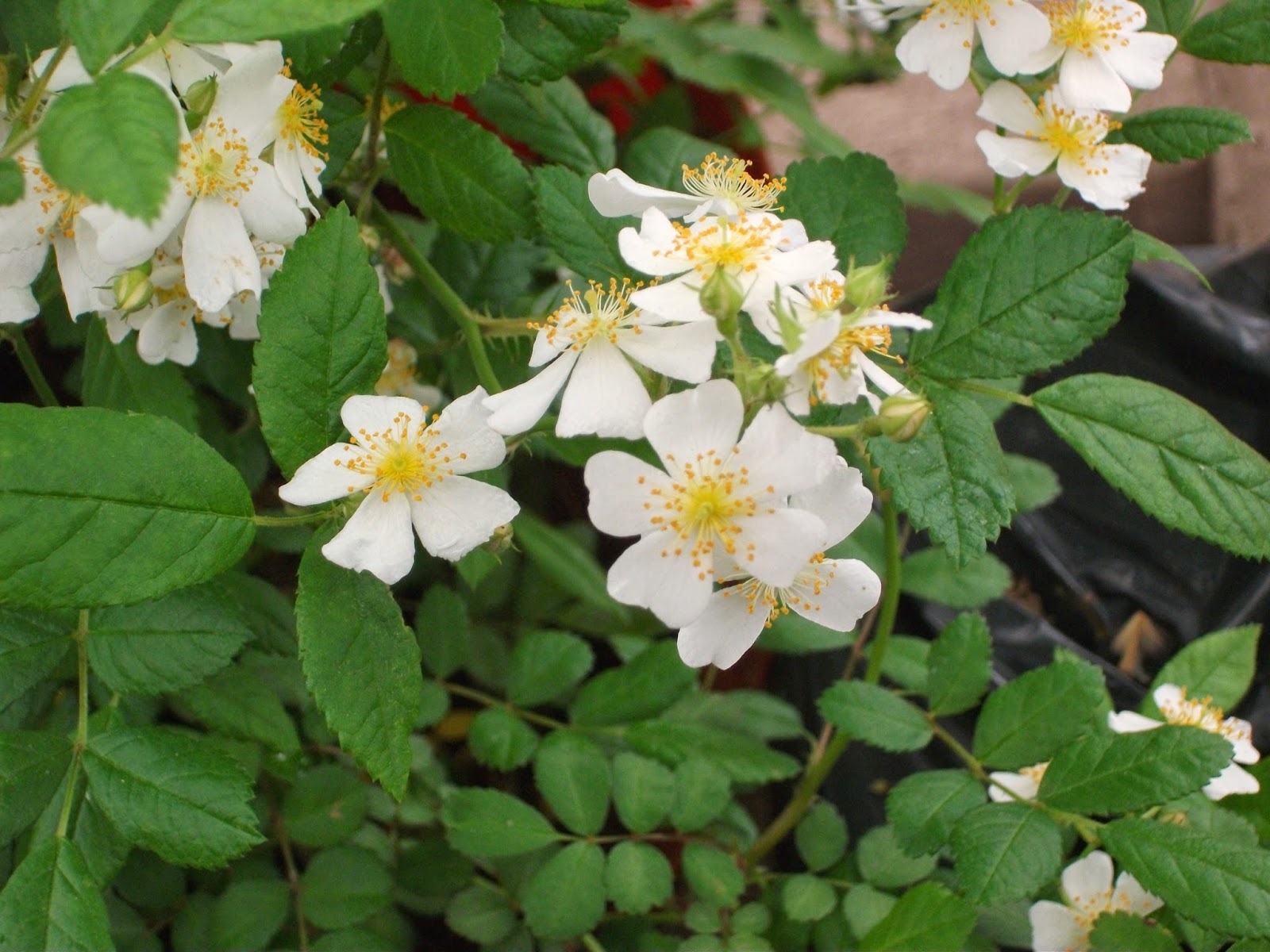 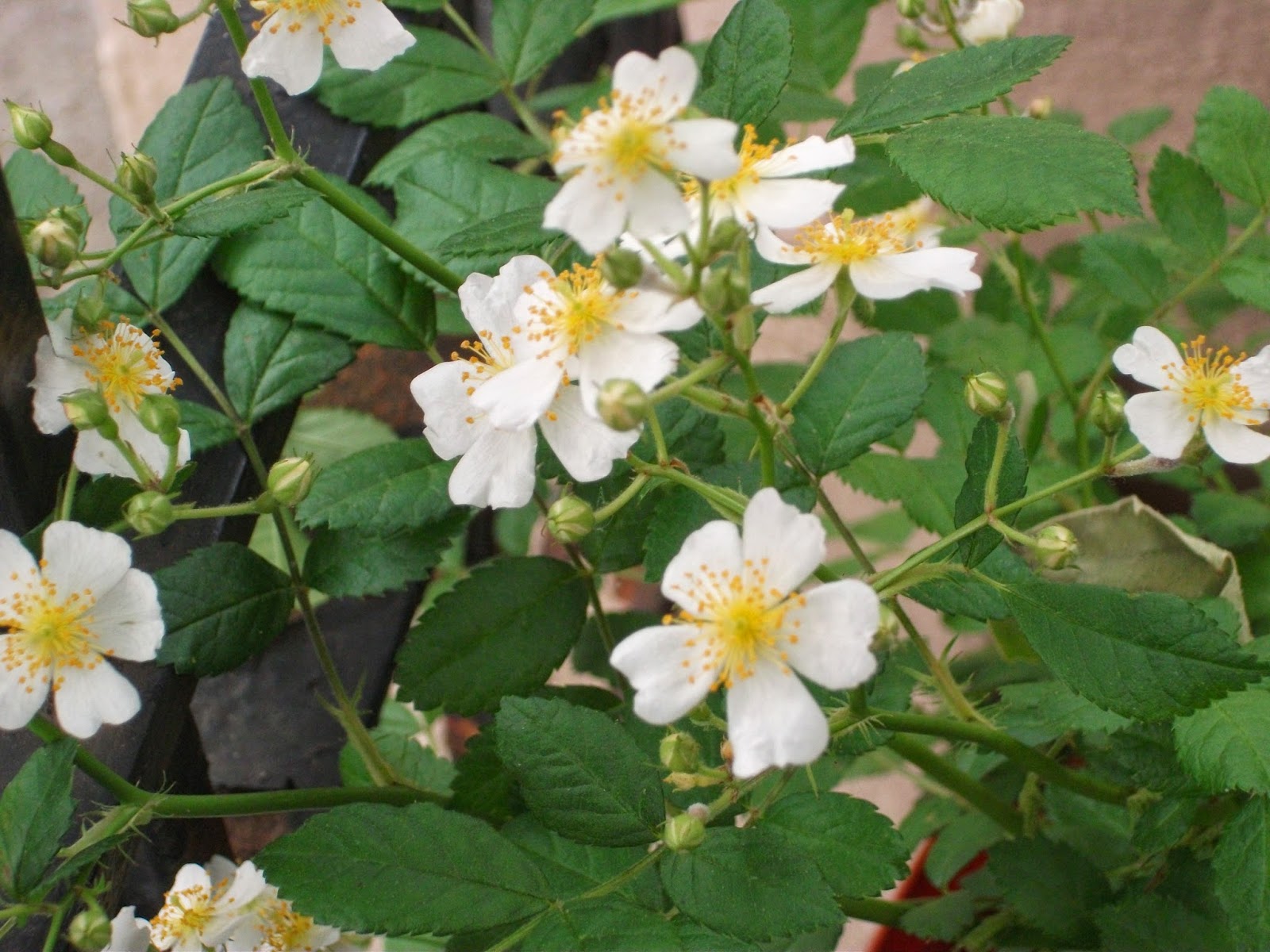